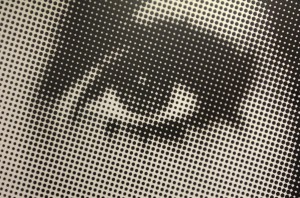 the love of just signs and enter a world that encompasses everything geeky.

We are bold. We are quirky. We are technomaniacs. Most importantly, we are techno craftsmanship at its finest.

We don’t want anyone to question who we are or what we do — especially when we can show them right away! This was our main intent when creating our world of tech in the Signgeek building. So, when we sat down to think of a theme that screams techie and geeky with a dash of retro? (Drum roll, please…) 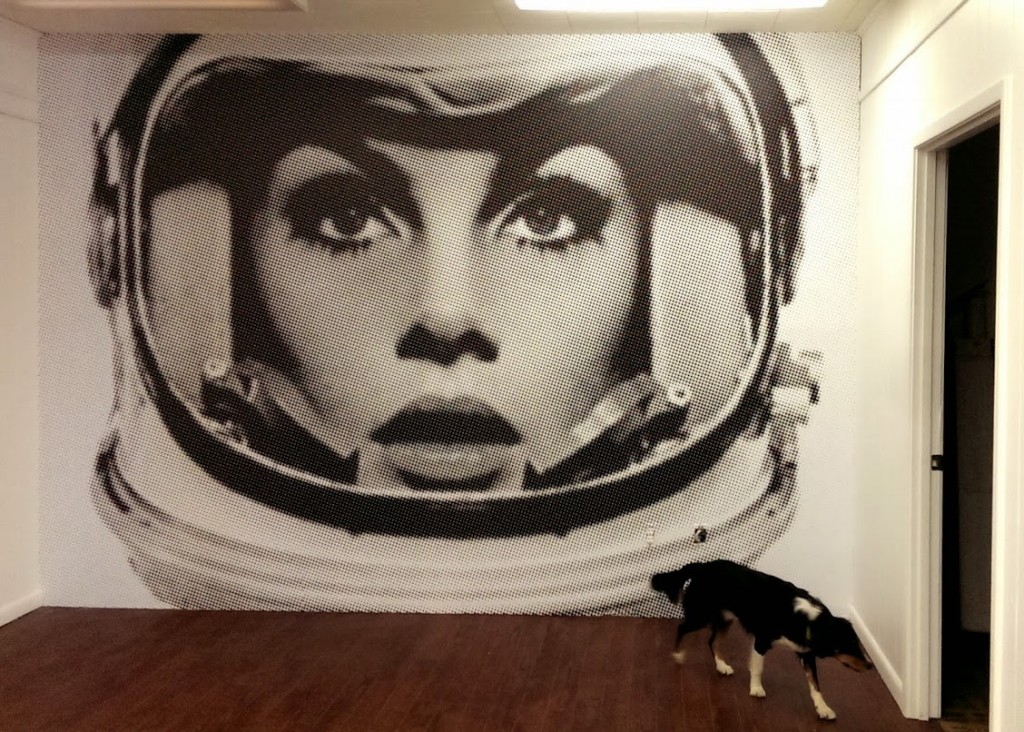 Our latest wall mural installation is a photograph taken by Richard Avedon for the April 1965 issue of Harper’s Bazaar magazine. Model Jean Shrimpton is shown as the first woman astronaut, which was a bold statement for the era. The time-frame between the 1950s and 1960s was known as the “Space Race.” We will spare you the history lesson, but basically it was a competition between the Cold War rivals — the United States of America and the Soviet Union — to lead in space flight capabilities. To add more perspective, this photograph was published before man’s first step on the moon. It is safe to say that tensions were high and the magazine used it to their advantage. 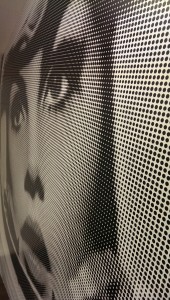 The photograph embodies the youth culture and the vast technological advances of its time, but it also represents women as a “powerful force to be reckoned with.” Although the Signgeek crew is quite the melting pot of age groups and genders, we can identify with the power. We are riding the wave of technology that is forever evolving to push the limits on what a “sign” company is capable of.

We love this photo. We love the meaning behind it. Staying true to Signgeek, though, we couldn’t leave it alone. We had to push it to the limit. By recreating the image in exaggerated halftones, it made it a little more of our own. The image can be seen from the front entrance of the building as the whole image.   As you walk closer you can see the dots disperse and the image becomes distorted. That is Signgeek for you. Always keeping you on your toes.